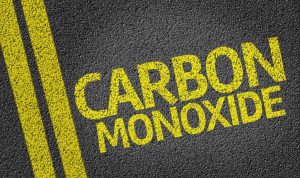 One of the most popular midsize SUVs in the country, the Ford Explorer is making headlines – but not for the best of reasons. A recently published report shows that thousands of Explorer owners have complained to Ford of carbon monoxide exposure and poisoning from their vehicles.

A March 20th article from Bloomberg found that exhaust fumes sporadically seep into the vehicle’s cabin and can, in some cases, cause carbon monoxide poisoning. After reviewing the National Highway Traffic Safety Administration’s (NHTSA) database, they found the complaints began appearing around 2011, when the fifth-generation Ford Explorer came on the market.

According to the article, over 3,000 Ford Explorer owners have complained to either Ford or the NHTSA regarding exhaust fumes seeping into their vehicles. Symptoms of carbon monoxide poisoning include headaches and migraines, dizziness, fatigue, and even loss of consciousness. Several vehicle owners have reported being involved in car accidents due to these symptoms. Currently, Explorer owners have filed over 50 product liability actions against Ford.

What is Ford doing to fix the problem?

Complaints have covered models made between 2010 and 2018. The National Highway Traffic Safety Administration (NHTSA) began investigating drivers’ claims in 2016, and the investigation is still ongoing, much to the concern of safety advocates, who have been demanding a recall.

Ford investigated some owners’ claims and did find, in some situations, that the vehicle’s exhaust system had been improperly welded, leaving gaps where exhaust gas could escape. In those cases, the company offered replacement exhaust systems.

Bloomberg also noted that Ford has provided dealers with repair instructions, updates, and other information since 2012, and a 2017 fix lowered complaints “dramatically.” Ford states this “effectively resolves the matter,” but many questions still persist.

“All of our testing to date has shown these vehicles are safe,” company spokesman Mike Levine said in a statement to Bloomberg. “Ford’s investigation has not found carbon monoxide levels that exceed what people are exposed to every day.”

And this is the question – Ford is saying there’s nothing wrong with their Ford Explorer, but the Bloomberg article also points out the company has bought back around 100 of the SUVs due to customer complaints, as well as the previously mentioned repairing and replacing defective welded pieces.

So why no recall? With more than one million Explorers on the road, a voluntary recall by Ford could potentially cost hundreds of millions of dollars. And the NHTSA investigation is still ongoing.

Car accidents happen for many reasons – and sometimes that reason is because your vehicle failed you. If you were injured in an auto accident because of an unsafe vehicle, the attorneys at Larson Law Firm, P.C. can help. We’ll hold the right people responsible. To schedule a free consultation with an attorney, call our Minot office at 701-484-4878, or fill out our contact form.