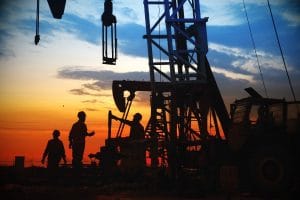 In 2018, a collaboration between the Center for Public Integrity, The Texas Tribune, The Associated Press, and Newsy profiled how catastrophic oil field injuries can be. The death rate among those who work in the drilling industry, in 2014, was almost five times that of all other industries combined. According to data from the US Department of Labor’s Bureau of Labor Statistics, 1,566 workers in the oil and gas drilling sector died between 2008 and 2017 – over 150 deaths each year.

There are many factors that contribute to the dangers of working in oil and gas extraction. Some of these dangers include production pressures which tempt owners to cut corners; those pressures will increase as fossil-fuel exports increase. The work is often performed in extreme weather conditions: “biting cold and breathtaking heat.”

The investigation found that between 2008 and 2017, the Occupational Safety and Health Administration (OSHA) issued 10,873 citations to companies in this energy sector.

The risks to workers are increasing as the extraction work increases. The most job growth has been for companies that employ derrick operators, rotary drill operators, and other support services.

OSHA is working to increase its enforcement efforts, which is complicated by the fact that many companies in the “upstream” industry sector (including refineries, chemical plants, and other operators at high risk for fires, chemical leaks, and explosions) are not required to comply with certain OSHA standards. Drilling contractors assert that some OSHA rules don’t improve safety while increasing regulatory burdens. Safety advocates argue the standards should be enforced. David Michaels, a former head of OSHA, says that trade organizations that tout the low injury rates often don’t fully report their injuries – just their fatalities.

Many deaths are in the oilfield industry can be, in a word, gruesome. In one case reported in the series, a man was killed when a cable broke and he was crushed to death. His family is claiming that the company “had been told that the severed cable was in need of repair.”

According to the research, this is not the only oil field death that could have been prevented.

Toxic exposure is a life-threatening risk

Oilfield hazards include more than explosions and snapped cables. Toxic gases, such as hydrogen sulfide, “a component of crude oil that carries a distinctive rotten-egg odor, can be just as lethal.” One war veteran who was contracted to transport storage tanks from one site to another died from exposure to the chemical toxin. On the day he died, the contractor was subjected to a wave of hydrogen sulfide when he opened the hatch to a tank. He died standing upright due to the toxins. His parents claim the company that hired him should have warned him of the dangerous toxin, and should have provided respiratory protection.

What options do oil field workers and their families have?

Many oil field workers are contractors, not employees. Contractors have the right to file lawsuits against the companies that hire them for negligently failing to follow industry protocols, and for not taking appropriate steps to protect the workers from death or harm.

The North Dakota oil field injury lawyers of Larson Law Firm P.C. have been fighting for victims and the families of loved ones killed in oilfield accidents, and other types of accidents, for 40 years. We file product liability claims, wrongful death claims, and negligence claims. To discuss your rights, call us in Minot or Bismarck at 701-484-4878 or send us a message through our contact form to schedule an appointment.