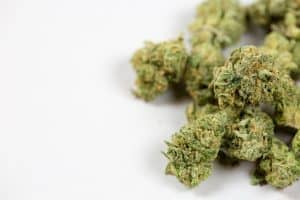 The Governor’s Highway Safety Association (GHSA) prepared a new guide reviewing recent studies by the Insurance Institute for Highway Safety – Highway Loss Data Institute (IIHS-HLDI) and other organizations on the effect of legalizing marijuana on car and truck accidents. The GHSA pursued the guide because nine states have already legalized some form of medical marijuana use (like North Dakota has), and 20 states are considering legalizing it.

What the guide reviewed

The GHSA study was prepared by Dr. Jim Hedlund, a former director of the National Highway Traffic Safety Administration. It reviewed studies which analyzed the following factors:

The results of some of the marijuana and car crash studies

However, the studies also showed that overall crash numbers – for accidents where no marijuana was involved – rose in these states during the same time period, and that fatal crash numbers rose in eight control states, as well. As such, the GHSA was unable to say that legalizing marijuana use is definitively linked to increased numbers of car crashes.

The North Dakota car accident lawyers of Larson Law Firm P.C. represent injury victims. We work with the police and investigators, when necessary, to show why an accident occurred and who’s responsible. Our team understands how devastating vehicle accidents can be. For experienced help, please call our Minot office at 701-484-4878  or use our contact form to schedule a free appointment.