Still No Known Cause of Oilfield Wastewater Spills in North Dakota 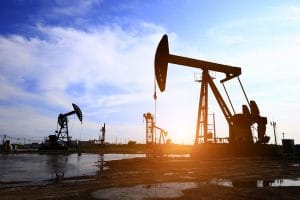 Two pipeline spills that occurred in the middle of July 2019 are still under investigation by the North Dakota State Health Department. The spills leaked oilfield wastewater into a Missouri River tributary and pastureland. Cleanup was still occurring at the two different sites of the leaks, where produced water wound up leaking from the pipes. Produced water is a byproduct of producing oil. It is made up of oil and saltwater, and sometimes chemicals.

On July 14, 2019, 21,000 gallons of wastewater leaked out of a pipeline that runs underground and entered a tributary for the Missouri River. According to samples collected, scientists do not think the spill actually reached the river. The produced water that wound up in the tributary was being pumped out of the tributary and replaced with fresh water.

The second wastewater spill dropped 12,000 gallons into an unknown amount of pastureland in Epping. The spills were reported by Polar Midstream. Polar Midstream is a part of Summit Midstream Partners LLC, which is based in Woodlands, Texas. The company was responsible for a leak of three million gallons of wastewater in 2014, which was the largest ever in the state. Following that leak, the company installed spill detection equipment on all of the pipelines it operates.

Issues with pipelines in North Dakota are nothing new. In fact, in data released by the Center for Biological Diversity in 2016 found that there have been 85 pipeline spills since 1996. That averages out to four spills per year, which have sent crude oil, wastewater and other chemicals from pipelines onto land and into bodies of water. Damages of more than $40 million have been caused by the 85-plus spills.

The largest accident occurred in 2013 when 840,000 gallons of crude oil spilled into a wheat field from pipeline in Tioga, North Dakota. It took two weeks for the spill to be reported and cost roughly $18 million to clean up.

The public lands program director for the Center for Biological Diversity, Randi Spivak, said the following about the spills in North Dakota:

We understand that even with the best possible tech and materials, spills can still happen. We also know that water and land remediation can only do so much to protect our soil and groundwater, and that the damage done by chemical spills can have long-range, unintended consequences. New research out of the Colorado School of Public Health has found “Mothers living near more intense oil and gas development activity have a 40-70% higher chance of having children with congenital heart defects (CHDs) compared to those living in areas of less intense activity,” per Science Daily. If produce water combines with groundwater and soil and is not treated, those types of birth defects could become the norm and not the exception.

At Larson Law Firm, P.C., we know how important the oil and gas industry is – not only to North Dakota, but to the country. We also know that if you get hurt while working on a pipeline, or from unpremeditated water, you’re going to need help getting justice. We have offices in Bismarck and Minot to better serve our clients. Call us today at 701-484-4878 or complete the contact form on the website to schedule an appointment with a trusted North Dakota oil and gas lawyer.