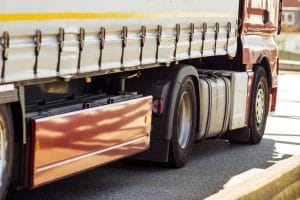 In what could have been a horrific tragedy, an overweight tractor trailer destroyed an historic bridge near Northwood towards the end of July. The wood and iron bridge, which spanned the Goose River, collapsed into the water, leaving the truck hanging over the water. The driver escaped with no injuries, but this could have been much more tragic if the bridge were spanning a highway with motorists below it.

The bridge and the truck

The bridge, built in 1906, was on the National Register of Historic Places, and had a weight restriction of 14 tons. The truck was 28 tons over the posted limit of the bridge. According to authorities, it will cost nearly $1 million to replace the bridge.

It’s no secret that the infrastructure of the country is crumbling. Too often we are hearing of bridges collapsing, causing destruction and fatalities. Things have gotten so bad that the American Society of Civil Engineers (ASCE) estimates the United States will need to spend close to $4.5 trillion by 2025 to update our country’s roads, airports, levees, inland waterways, dams, bridges and other important aspects of our infrastructure. The ASCE Insurance Report Card, released every four years, gave the country’s infrastructure a D+ grade in 2017. It received the same grade in 2013.

When the weight of the tractor trailers that travel our nation’s roads is combined with crumbling infrastructure, it makes for a bad combination. Tractor trailers, no matter the type of load they are carrying, weigh several tons (even when they are empty). If truck drivers fail to obey weight limits of bridges and other roads, more collapses are bound to happen, and people can be seriously hurt.

The problems caused by overloaded trucks

An overloaded truck accident can lead to millions of dollars in damages, to infrastructure and to injury victims. You need to speak with an experienced North Dakota truck accident attorney from the Larson Law Firm, P.C. if you or a loved one is ever injured in an accident with an overloaded truck. To schedule a free consultation at one of our offices in Minot or Bismarck, please call 701-484-4878 or fill out our contact form.