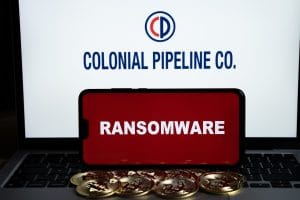 The Colonial pipeline caused quite a stir in recent weeks when it was hacked with no end in sight. Hundreds of people across the country rushed to fill up their gas tanks. Even in states that had not been affected, residents camped out at gas stations.

North Dakota was not directly affected by the Colonial Pipeline hack, but if one pipeline was hacked, this leaves the question as to whether other pipelines may be at risk. There are many questions as to how the hack occurred and if it could have been prevented.

Who is DarkSide, and what did they do?

DarkSide is a ransomware group. Earlier this year, DarkSide had been targeting business networks throughout the United States and Europe. These companies were facing demands from DarkSide for millions of dollars. A cybersecurity firm, Bitdefender, announced it had found a flaw in DarkSide’s ransomware. This finding was supposed to save companies millions of dollars in ransom.

There was a flaw in this plan, however, as once Bitdefender went public with this information, DarkSide also became aware of the flaw. They then fixed the issue that was brought to light, leaving new companies vulnerable to attack. So Bitdefender inadvertently helped the hackers instead of taking them down. DarkSide even released a statement thanking Bitdefender for helping them find and fix these errors.

At least they’re polite criminals, no?

Once DarkSide got their confidence back, they wasted no time in showing the world what they could do. It launched attacks all over, but the most damaging was the Colonial Pipeline. This caused 5,500 miles of pipeline to be shut down. This specific pipeline carries 45% of the fuel used on the East Coast.

With less access to gas, prices began to skyrocket. Gas stations also had to temporarily shut down and the general public began to panic buying gasoline. Luckily, North Dakota does not obtain its gasoline from the Colonial Pipeline. However, this does not mean we are in the clear. As long as hackers can control our pipelines, everyone is at risk.

Could a hacker cause a pipeline worker to get hurt?

Probably not, if they followed the same game plan as DarkSide. Their hack into the mainframe affected largely business networks, which control things like payroll. But it could have been much worse: the hack also granted DarkSide access to the “systems [that] monitor the flow of gas for impurities and leaks, control power levels and perform other automated tasks to keep the pipeline running smoothly.” Had the hackers chosen to attack these systems instead, pipeline workers could have been seriously injured.

Natural gas is moved through “gathering” lines via field compressors, which are run on internal combustion engines or turbines, as the American Gas Association explains. From there, the gas goes into transmission lines – about 272,000 miles of steel pipe. All along the way are linepacks that hold millions of cubic feet of gas. Linepacks are good for helping pipeline operators regulate how much gas goes where, but many of these pipes are old and corroded. If the linepack contains weakened pipes, and hackers increase the pressure on the gas moving through the pipelines, it can cause a leak which can lead to an explosion.

Who would be liable in a pipeline hack that caused injuries?

That’s a complicated question, but the ultimate answer is that oil and gas companies are responsible for their workers’ safety, no matter what it takes. Employees could apply for workers’ compensation, but non-employees would need to file a personal injury lawsuit against the company, which is what we would do.

Look, the good news is that no one DID get hurt (outside of a few wallets), and the DarkSide hack has inspired federal legislators and agencies to look into the need for cybersecurity. That’s a good thing.

Larson Law Firm, P.C. has always worked to protect oil and gas workers. If you get hurt while working on a pipeline anywhere in North Dakota, we want to help. Call us in Minot or Bismarck at 701-484-HURT, or complete our contact form to schedule an appointment.