North Dakota Traffic Deaths Declined to Lowest in a Decade 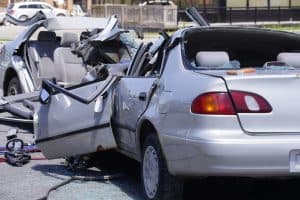 The North Dakota Department of Transportation has released its preliminary traffic fatality numbers for 2018; there were 104 traffic deaths, a ten percent decrease from the previous year and the lowest number since 2008. Transportation Director Tom Sorel was quoted in a story on Valley News Live as saying that officials are encouraged to see traffic deaths down from the previous year, but that the state needs to continue working toward its Vision Zero goal of zero traffic fatalities and zero serious injuries.

The reduced number of fatal car accidents is excellent news. The bad news is that most of those 104 deaths were preventable. Lack of seat belts, drunk driving and speeding continue to contribute to fatal traffic crashes in North Dakota, according to traffic safety officials.

Driver behaviors that cause traffic accidents and injuries

The National Highway Transportation Safety Administration (NHTSA) reports that most traffic accidents are caused by driver error, which can take several forms including:

Losing a loved one in a traffic accident often feels even more tragic because in most cases the accident could have been prevented if not for the negligence of the driver who caused the crash. An experienced North Dakota car accident attorney from the Larson Law Firm P.C. is here to help our clients obtain justice in the form of a wrongful death claim for the loss of a loved one that was caused by the reckless or negligent actions of another driver.

The North Dakota car accident lawyers of Larson Law Firm P.C. are here to fight for those injured in car accidents. We investigate your accident and determine who’s responsible for your injuries. For experienced help, please call our Minot office at 701-484-4878  or use our contact form to schedule a free consultation today.